Tuesday, June 29, 2021, in Kitzbühel in Austria, took place the traditional day of administrative checks for the 1st edition of the Trans-Alps Rally, the latest Cyril Neveu Promotion event, in partnership with the famous “hyper-watchmaker” Roger Dubuis. It is at the foot of the “Streif”, renowned as being the most prestigious downhill skiing on the world circuit, that the crews and their cars have donned the rally colors to face the 1000km to cover in the heart of the Tyrolean Alps. and the Dolomites.

The first stage around Kitzbühel, led first of all to Zell am See, stronghold of the Porsche dynasty and starting point of the “Hochalpenstrasse” and its peaks at over 3500m altitude to climb the highest pass. Austria: the Grossglockner. A passage control was organized there and the competitors were able to compete for a few kilometers on occasion in the first of the seven regularity stages on the rally program. As this climb took place in the clouds, the blue sky and the rays of the sun would accompany us until lunch, organized around a very welcoming village called Heiligenblut. The afternoon offered just as many “impeccable” landscapes bordered by beautifully maintained chalets, which only Austrians have the secret to returning to Kitzbühel.

The second stage was set to be a journey from East to West, in the heart of Austrian Tyrol, with a course made of valleys and dotted with numerous winter sports resorts. A new regularity test was organized, in the pouring rain, at the start of the famous Krimml waterfalls, before joining the lunch planned not far from Innsbruck and which sounded like a moment of respite before resuming the road towards Sölden. We no longer present this ski resort gazed at by the famous Rettenbach Gletscher where a short event was organized on this route leading to the majestic glacier, the usual scene of the opening round of the ski season. A “champagne” stop was planned at the top, before reaching the Bergland Design hotel, the very place where “James Bond himself” stayed for his last production (Spectre).

The third stage proposed crossing the Timmelsjoch just after breakfast, culminating at 2474m to pass in Italy and compete in the first regularity test of the day while enjoying a totally different setting, on roads that have become steeper and much more winding. . The passes of Giovo, Pennes and Leccio were to be climbed to enter the south-tyrol and to go to the lunch organized in a local inn not far from Val Gardena. The famous SS48 road (which crosses the Dolomites) was then on the program for a test established in the descent of the Passo Pordoï, piece of bravery with its countless hairpins and views of the omnipresent Dolomites, before concluding the day in Cortina d’Ampezzo.

For the fourth and final stage, it was under a radiant sun that the steep Dolomites were revealed, in summer colors that gave even more depth to these unparalleled scenery. This final loop around Cortina d´Ampezzo hosted the last regularity tests around the legendary Monte Cristallo, bordered by these omnipresent Dolomites. Giau, Staulanza, Cibiana, Furcia and Valparola were the passes to climb to reach Lake Misurina where lunch was established, watched by the Tre Cime de Lavaredo and the Cinque Torre. With countless points of view in this 235km stage, everyone will agree that it was too short as the scenery was majestic around Cortina d’Ampezzo.

At the end of this new trip badged Cyril Neveu Promotion, and after a “fight” at daggers drawn in both categories, between fans of “regularity” events, the big winners of this first edition of the Trans-Alps Rally are called Jean -Michel and Marie-Françoise ARLAUD (Porsche 911 2.4S -1972) in “Classic” and Nicolas CHELI and Aurélien LECOANET (Toyota Supra – 1994) in “Prestige”.

We look forward to seeing you very soon, after the summer, on the roads of a new event, the Littoral Tour, which will take place from September 13 to 16, 2021. 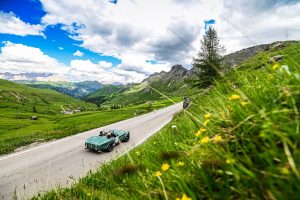 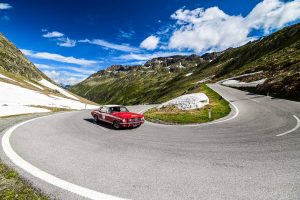 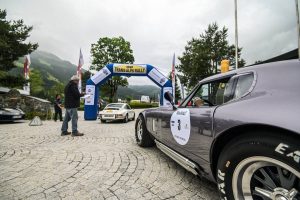 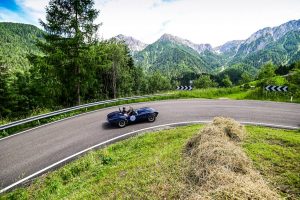 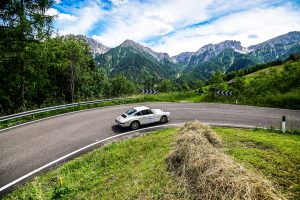 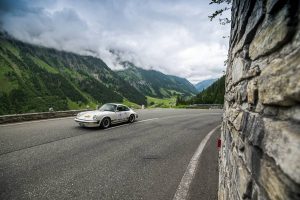 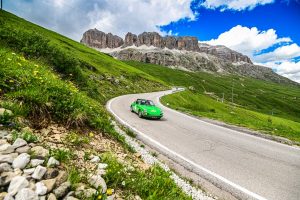 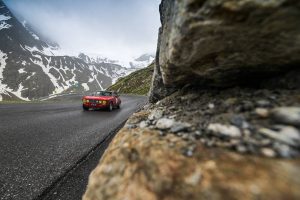 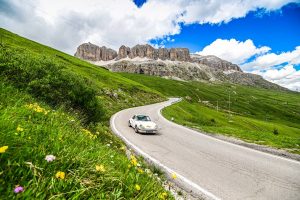 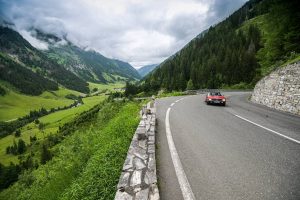 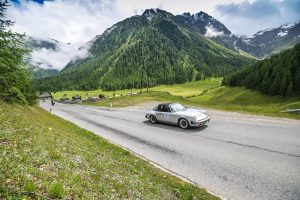 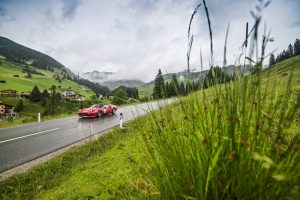 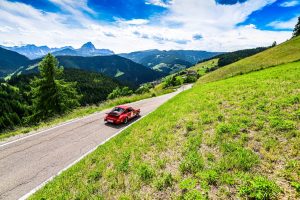 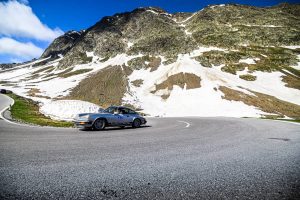 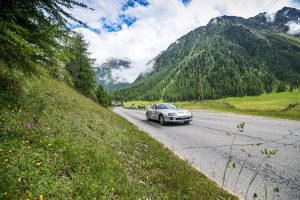 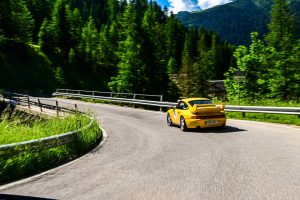 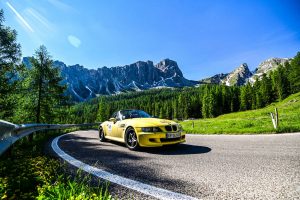 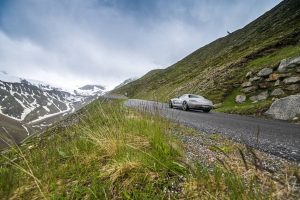 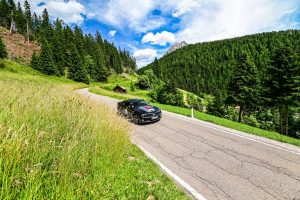 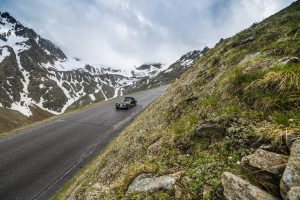 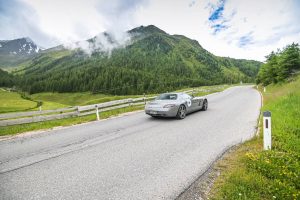 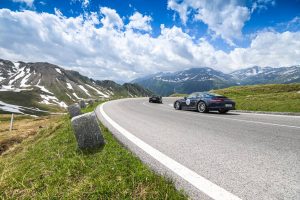 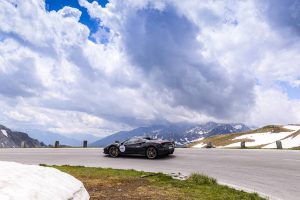 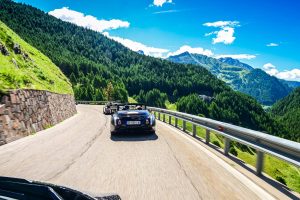 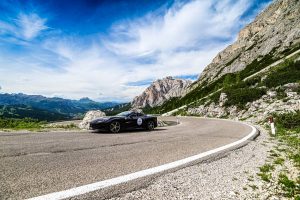 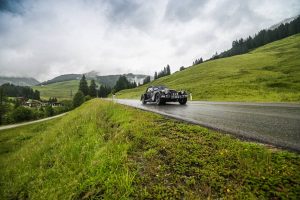 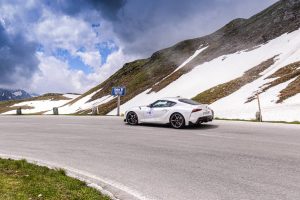 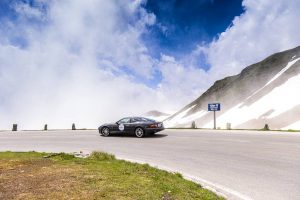 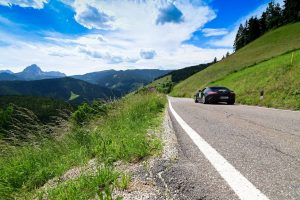 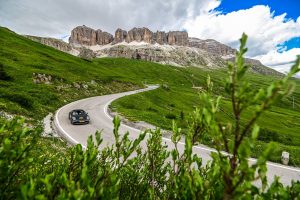